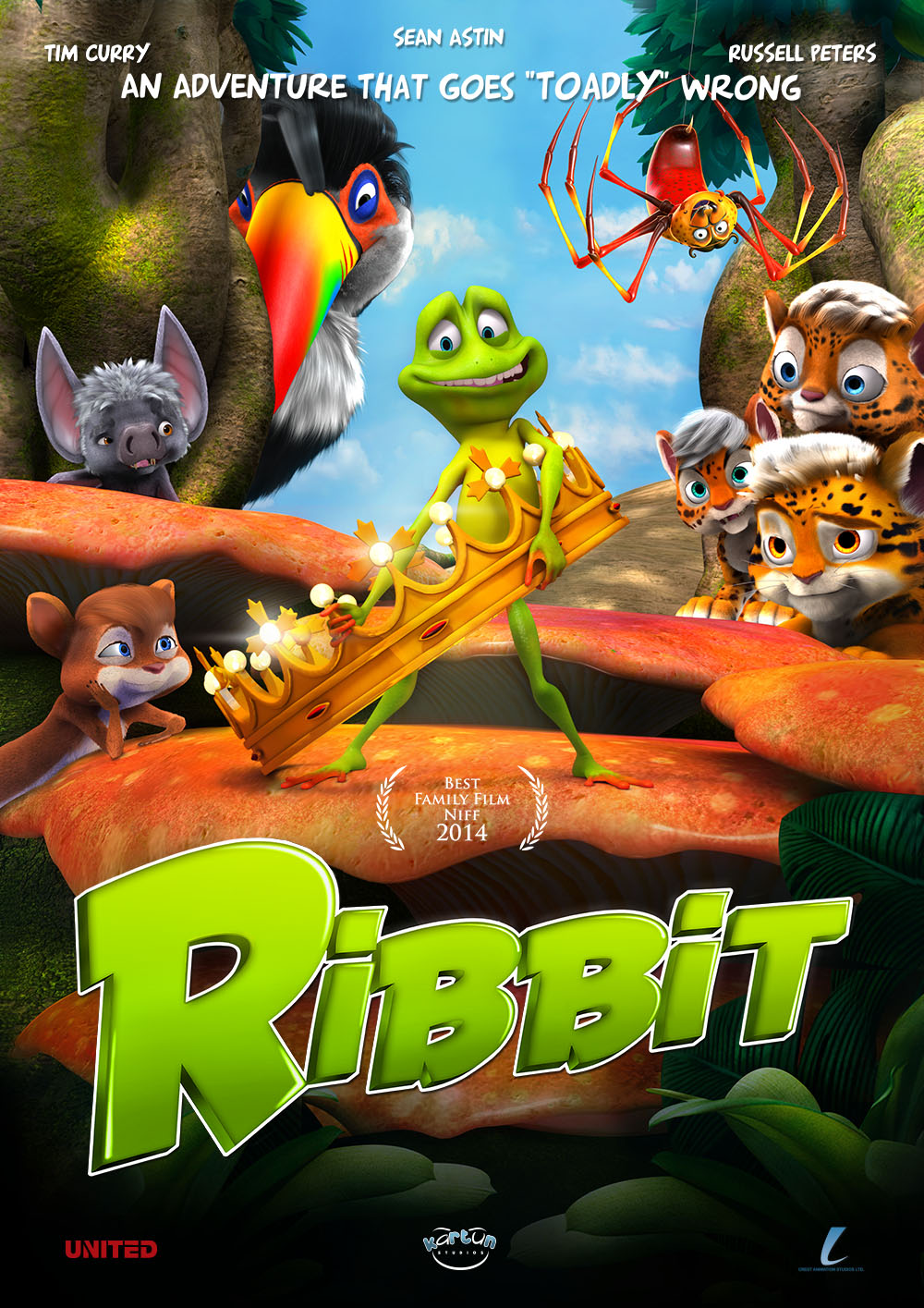 A fantastic journey sometimes begins with one tiny little hop.

Ribbit is a frog with an identity crisis. Unlike frogs, he hates hopping and has a strong aversion to water. Feeling a misfit, he is full of questions about his life… and so together with his best friend, a flying squirrel, he embarks on a soul-searching journey in search of the truth and his rightful place in this world.

Set amongst the breathtaking backdrop of the Amazon rainforest, they surge ahead in their quest for the answer to life’s mysteries… encountering a zany variety of colourful characters, both friends and foe, along the way. Confusion reigns when Ribbit is accidently hypnotised. Is Ribbit a human prince trapped in a frog’s body by an evil curse…. or is he merely a confused colourful denizen of the jungle? Join KRU Studios in “Ribbit” where we learn that the truth is sometimes as simple as a reflection in the water.